Demystifying Account-Based Marketing in Outbound: What It Is & Isn’t  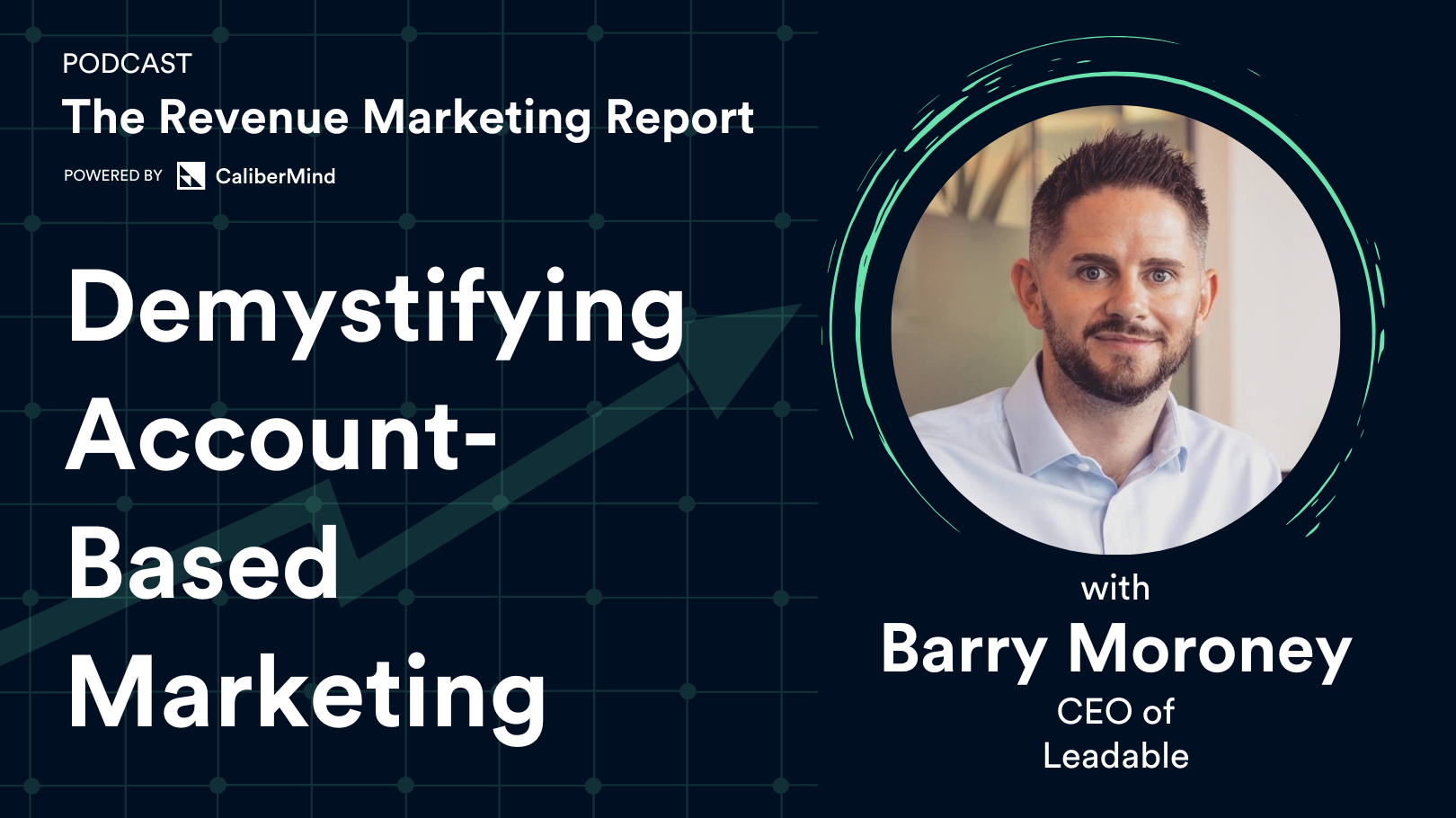 Barry Moroney, CEO at Leadable joins our host, Camela Thompson, in this episode of the Revenue Marketing Report. Barry shares insights on what Account Based Marketing (ABM) is and isn’t, a ballpark estimate of just how many people are doing ABM-style outbound, and the rise of the individual person-level ABM approach.

Barry is the CEO of Leadable. Leadable is a company that works with subject matter experts (SMEs) helping them to attract enterprise clients. A unique thing about Barry and his team is they work with clients who tend to have larger contract values and maybe, smaller markets. Meaning they approach their ICP with seeking quality clients over quantity. Leadable has been doing it for a little bit over 3 years now and it continues to grow in bounds.

At the start of this chat, Barry elaborated in detail about what ABM is and what it isn’t, particularly in the context of outbound marketing.

What is Account-Based Marketing and what is it NOT?

“For example, if a client of ours has very large contract values and very small total addressable market, they will play a very different game vs somebody who has maybe small to mid-size contract values and maybe a large total addressable market, if we take both ends of the spectrum. What I’d always say is I don’t believe it’s necessarily something that you should do if your contract values are small. It will be probably just too much work without enough of a return. But, if we start on one end of the extreme side of the spectrum, the very large contract values, the small total addressable markets, doing a deep dive into any given account, identifying the potentially 10 plus or maybe even more key stakeholders who can influence the decisions and creating bespoke content for each touchpoint that you’re going to have with them and rolling it out across multiple channels. Now if that makes sense if you have got  6 figure contract values to maybe a smaller market because you want to make the most of everything that’s out there.

“However, on the end of the spectrum, you’re talking about larger contact values and you want to balance that, you want to get the right balance of quality. I think that’s where your (Camela) kind of ABM  can really help more so than the other ones as you can do things at the brand level. So it might look like doing deep research on certain brands and then rolling out brand messaging to multiple stakeholders within those brands. It’s not entirely bespoke to the individual as the other way, but it lets you do it for the same amount of time and cost and basically roll out to more companies. I think that’s what ABM is.

“What it absolutely isn’t and this is probably the most common thing that I see where people are talking about doing ABM is splitting up accounts among their reps. So saying we got 5 reps here, we’ll have to give each of them 20 accounts.  But then, the reps just behave like normal with those accounts, and nothing is different. Nothing is done differently for any of them in any different way.  That’s probably the most common thing that I see. As well as the “tried and tested” old school, and when I say old school, I mean 5-8 years ago. The use of variable to kind of act as personalization use for these accounts. And that’s also not ABM and there are some people who think what that would be.”

How many people are really doing ABM-style outbound?

Barry went on to give a ballpark estimate of the ratio of people doing ABM in the truest sense of the word.

“I would say anecdotally of every 10 people that I speak with who believe in it and I think they genuinely believe that they’re doing ABM-style outbound. I would say that 1 or 2  out of every 10  are actually doing it in a way that they are actually unlocking its full potential. While the others are doing very minor amounts of account-based kind of customization or prep in advance, but not what I’d classify as ABM. I’d say as high as 80% or 90% are not doing it.”

What are the different ABM approaches, or flavors? 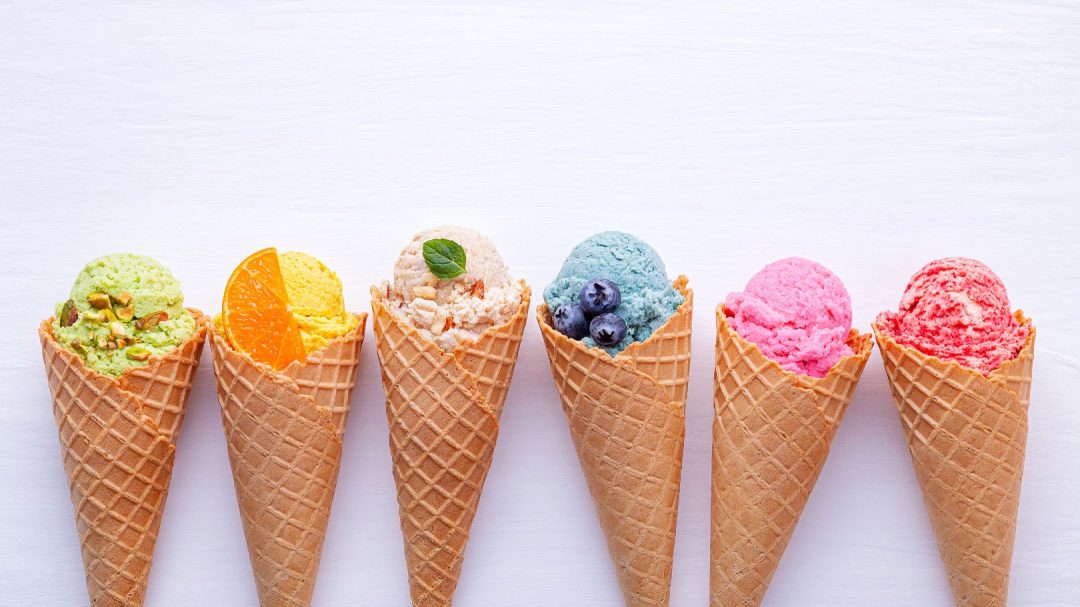 We’ve been hearing about a couple of different ABM flavors.  It’s really dependent on the total addressable market and contract values.  So if you have a lower contract value, let’s say it is over 10k, but you’re around 60k. It’s not 6 figure and sounds like targeting specific companies and customization at the company level.  And it’s still doing the multichannel approach, but not quite as much work goes into the person-to-person personalization. Then we’re also hearing the flavor where we have really large contract values and the total addressable market is smaller and we want to make ABM  as personalized as possible.  So we’re getting down to the individual person level. Barry agrees and feels there’s still variability depending on the business.

“Yeah, there’s additional variability on top of that. On the extreme side where it is a small market, you absolutely have to make the most of it. We work with some clients where their total addressable market is 2-300 companies. That’s it. There is nobody else for them to talk to and they have very long sales cycles, 8-10 years. With them, they would be lots of stakeholders and it’s not really lead gen, the remit isn’t lead gen. It’s brand awareness from an ABM-style outbound effort over an extended period of time that could be 12 months of engagement. Obviously, not contacting that person every day, but slowly, very softly reaching out to those people. When the time’s right, maybe they’ll be aware to put customer X or client X on this extreme end.

“But the other point that you mentioned, let’s say, this is probably the most common case that we see. Contract values might be 20k-60k and they’re a mid-sized to potentially large total addressable market. Now, with that alone, you can’t blanket that and say okay, we’re going to take this approach. Definitely, because there’s variability within what they’re doing. I had a conversation with a potential client yesterday where they are selling to brands like Unilever and these sorts of brands have loads of sub-brands. However, it’s the same for all of the people that they reach out to within each of these sub-brands. They all have the same problems. They all have the same pain points and it would be the same message.

“So the best thing to do in that scenario is let’s say conduct deep research on the sub-brand A and roll out that message to the brand manager and maybe do something special for them. But then, you might have somebody else who has the same contract values and same total addressable market, but when they target companies, they’re targeting somebody in IT, somebody in marketing, somebody in finance, and somebody in operations. Each of these persons has very different pain points so you just can’t write company-based messaging and roll it to an IT person and marketing person at the same time for they’ve different motivations.

“At that point, you’d have to  kind of group them and might say IT and finance have the same problems. So we can group them together with a message on that side and maybe marketing and sales and operations all have a commercial problem and we can group messaging for them as well. So what we always do at Leadable is we’ve productized all our pricing plans. But then, it’s on a client by client basis and what exactly they need in terms of how we do the outreach.”

For more great content on Account-Based Marketing, listen to the full Revenue Marketing Report episode at the top of the article or anywhere you podcast.