Do You Really Need a B2B Funnel? 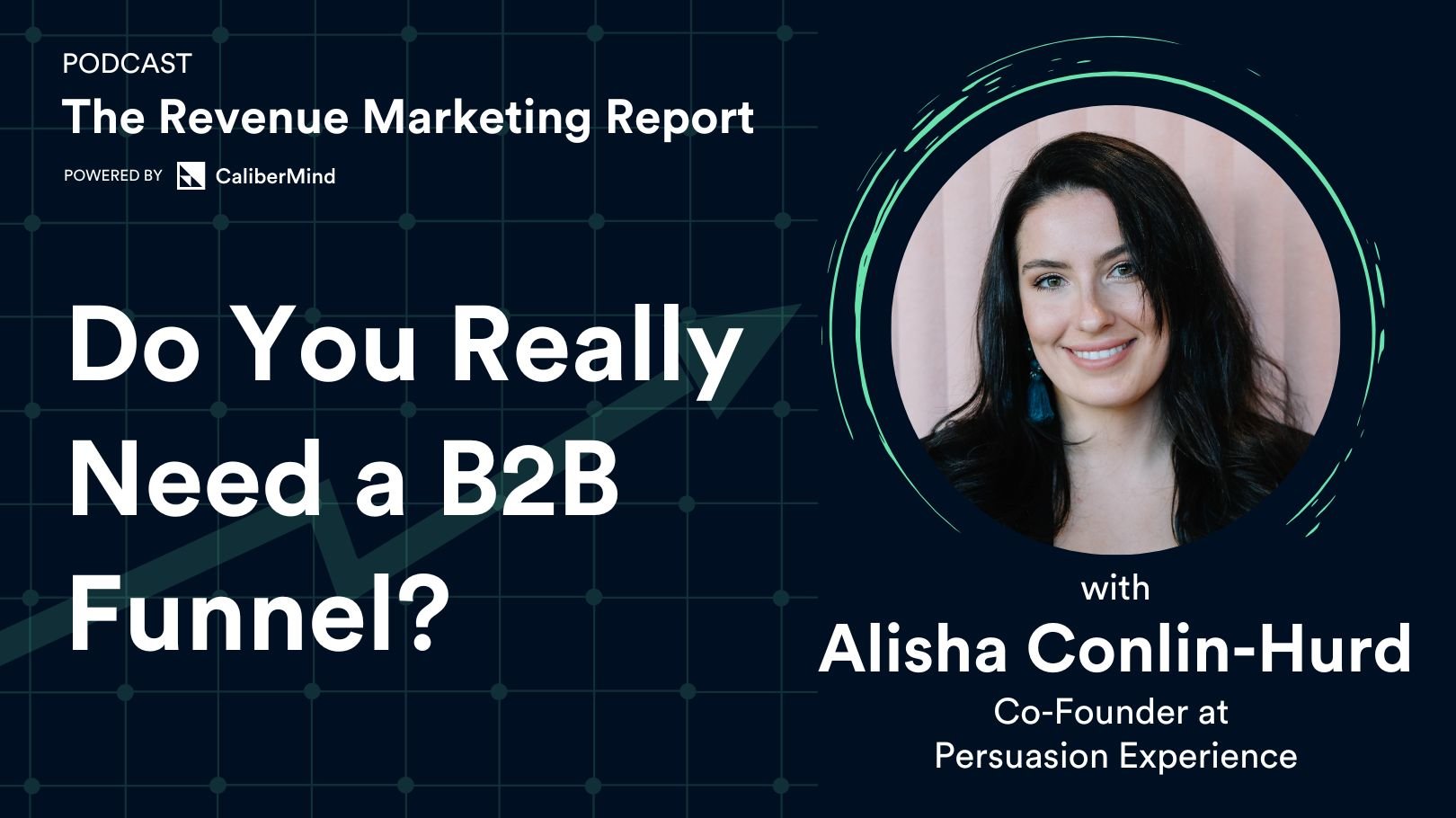 Alisha Conlin-Hurd, Co-Founder of Persuasion Experience,  joins our host, Camela Thompson, in this episode of the Revenue Marketing Report. Alisha shares her insights on why the B2B funnel isn’t dead, how she nails the basics, and best practices for creating an irresistible offer.

Alisha runs a post-click agency that has been responsible for 450 different landing pages, funnels, and offers. As such, she has seen it all. Everything from billion-dollar tech companies to Mom-and-Pop shops. Today, Alisha and her team help companies make sure that they are building solid foundations for marketing growth. At the start of this chat, Alisha shared her thoughts on whether or not the funnel is dead.

Yes, we’ve pulled the audience in with a clickbait title. However, it seems like everything we used to rely on is dead. Attribution, lead generation, funnels…dead, dead, and dead.

But can you throw these things out the window?

“Do you need a B2B funnel? Well, I hope so otherwise, I wouldn’t be in this business. I had a sales call and somebody said to me, why do I even need a funnel? And I said something and then afterward wondered why that question bugged me. It bugged me because ultimately a funnel isn’t optional. If you have a business, you have to have a funnel. A funnel is just every single touch-point that somebody has with your company. I think due to the popularity and coining of the term, Russell Brunson with his Click-Funnels and the one-funnel way, a lot of people equate the term ‘funnel’ with the sort of ‘scare me’ tactic currently being used in the internet-marketing environment.

“But that’s not a funnel. You could call it an acquisition machine. It’s just every single touch point that happens in the buyer’s journey, but also in the customer’s journey when you are trying to build out the LTV (Lifetime Value) as well.”

I hear many consultants say (and I say this myself) you’ve got to nail the basics, but it seems to mean something different to each of us. What are your basics?

Alisha provided her insights on what she considers the basics. 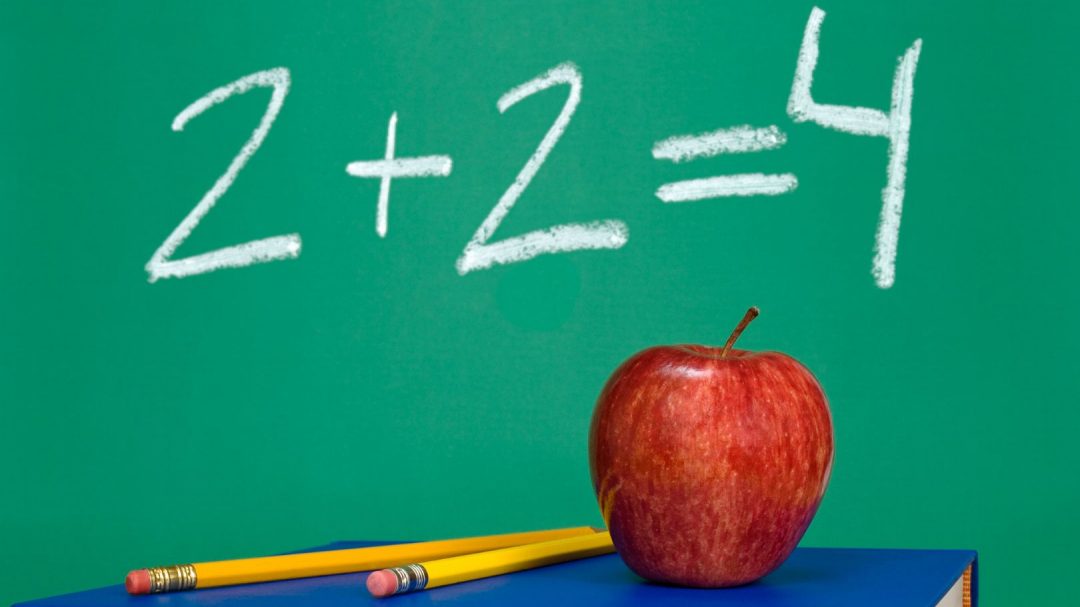 “Oh, my gosh! The number of times we’ve been brought on for CRO and they say oh, please help us! And we always check that first. We always check the messaging and the tech, and we go deep into the data. That’s the first thing because, in our decision tree of troubleshooting, you always start with what’s hypothetically the easiest thing. If any developers are listening they’re probably rolling their eyes thinking that’s not the easiest thing to check, but page speed,  does the form submit? Where does it go? Are the emails ending up in spam? There are a lot of super, super basics that if you tweak those, would improve your conversions straight away.

“Because our brains tend to overcomplicate things and people want it to be sexy–they want it to be a crazy solution that’s going to save the day. So when we’re working with clients, we won’t even talk about conversion rate optimization (CRO) until they have these foundations. The premise of CRO (emphasis on the optimization) is you’ve got some things that are working, and you need the foundations for scalable growth to build upon that and make it better.

What are those 4 foundations that we focus on?

Foundation #1: Your Mission. Don’t forget to communicate the dream outcome for your prospects.

“First, your target market, and getting obsessed with them in their own words. How do you describe their pain points, their hopes, their dreams, their fears, and ultimately what’s the dream outcome you’re pushing here? Nobody sells a product or service, right? We all just sell entry into that desired after-state and a lot of people forget it, especially in SaaS. Like oh, this product in its features, blah, blah, blah! And it’s like nobody cares what the dream outcome is. That’s pillar #1.

Foundation #2: Positioning. Know your market and then create differentiation and unique positioning versus the competition.

“#2 is the positioning. So how do you stand out from the noise and how do you not just become another piece of information in the war for attention, particularly in B2B? A lot of businesses are scared to stand out. They copy their competitors and just want to maintain the status quo. However, what’s the thing that stands apart from persuasion from a psychological point of view, or is the thing that gets results the one that stands out? How can you create positioning? That comes from understanding your target market.

Foundation #3: The Message. Take your positioning to the next level with messaging that cuts through.

#3“The next one is messaging and the value proposition, which is also part of cutting through.

Foundation #4: The golden offer that makes them WANT to talk to sales.

#4, finally, we’ve what we call a “golden offer.” So instead of going out to market with “get a quote, chat with us” or even more of a cardinal sin, not having a call-to-action or a good offer, we help businesses create an offer that gets people excited to get on the phone with the sales team and brings in inbound leads since you’re coming from a place of value and authority instead of desperation.

These are the 4 foundations people need.”

Creating a golden offer that meets the bar for exchanging personal information is only getting harder. Do you agree with that statement? How can B2B marketers understand where people are drawing that line?

How do you figure out the irresistible offer? All of us have done the request-a-demo. We’re so guilty of that. But is it a better way to attract people to offer something they’re looking for that you can provide which doesn’t involve a price point? Alisha elaborated on how you can figure out an offer at the conceptual level.

“It’s not inherently true that the demo book is wrong. It’s the value and the positioning of the demo. So how can people figure out their offer? There have been many, many direct response marketers who have spoken about this. Dan Kennedy calls it the “godfather” offer. Alex Homozi has brought out a hundred-million-dollar offer book. If you want to get deep into this, #1 you need to understand where they are in the buyer’s journey and that depends on the temperature of the traffic and where they’re coming from. So what do I mean by that? There are Eugene Schwartz’s 5 Levels of Awareness and that’s the buyer’s journey. Everything happens up until they become a lead and decide to buy.

“Now somebody doesn’t wake up one day and say ‘I would love a demo on this software, I’m going to look for it.’ That doesn’t happen. They start unaware. They realize they have a problem and they move through. They have these conversations in their brains. So sometimes it’s unsexy because people chat with me about funnels, they want me to talk about tech and these crazy hacks. I say I have those but won’t talk about them until you’ve got the foundations as psychology is greater than technology. I’ll tell you all about those hacks when you show me a target avatar that isn’t 3 dot points about generic information. That’s when I’ll talk about the hacks.

“So the buyer’s journey, the conversation that you’re actually entering and then understanding the 3 big problems. I’m keeping it brief and it’s easier for the sake of this conversation. What are the 3 big problems they want to solve and how can you show that you’re going to help them get closer to their dream outcome and they’re going to come off better from this call and this interaction? Don’t refer to your staff as salespersons, call them specialists in whatever they care about. How can you show that they come out more valuable than when they went in because everybody’s screening marketing out and your messaging with what’s in it for me or with them? So if you’re putting something out there that smells like a sales call, it’s going to taste like a sales call.

“They know that it’s going to get on this call with some commission-breathing, desperate salesperson who’s trying to hit targets. You need to shift the positioning at what that offer is. It’s like hey, have a chat with our CRM specialists or whatever it is. You’ve got to shift that position and show it’s a safe environment because a sales call is scary. A call where they get value and they’re chatting and they’re getting something out of it is a safe environment. So at a very higher level, that’s how you can start to create or reframe your offer for better, higher quality leads.”

For more content on the B2B funnel and other marketing best practices, listen to the full Revenue Marketing Report episode at the top of the article or anywhere you podcast.