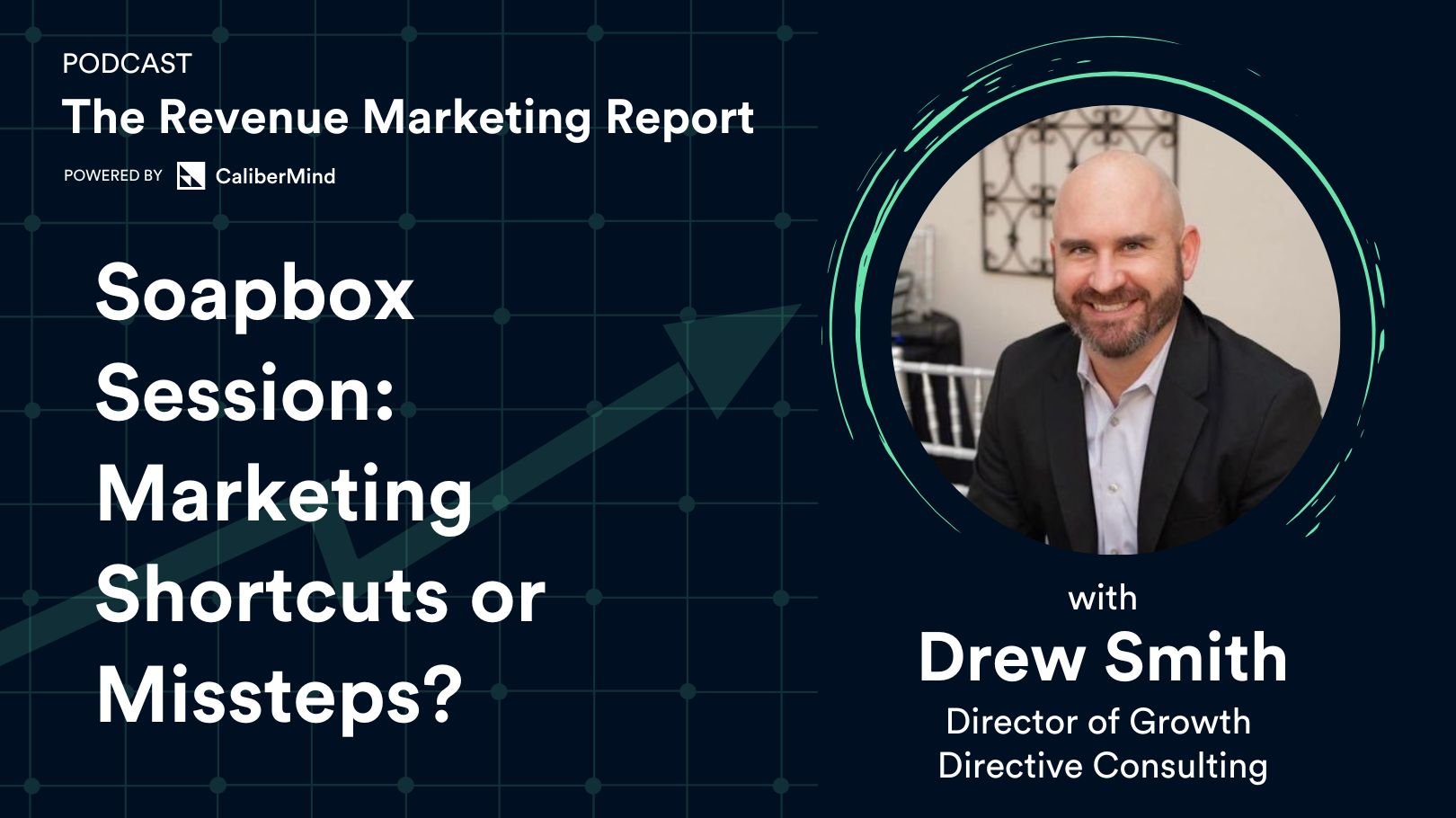 Drew Smith, Founder & CEO at Attributa joins our host, Camela Thompson, in this episode of the Revenue Marketing Report. Drew shares his top buzzword for operations consultants,  how the Next Best Step differs from the Golden Path along with his insights on other triggering phrases in this space.

Drew is the Founder and CEO of Attributa, a marketing consultancy that focuses primarily on marketing attribution. At the beginning of this chat, Drew explained what his leading phrase would be if he played Buzzword Buzzkill Bingo for operations professionals.

If we were playing Buzzword Buzzkill Bingo for operations consultants, what would your leading phrase be?

However, let’s explain why that phrase makes us cringe for those people wondering why. The phrase struck us like something out of a “choose your own adventure” book.

“I almost think it’s the opposite of choosing your own adventure because it’s not allowing your target audience to choose their own adventure. It’s forcing them down a path they didn’t choose, and that they may not have chosen if given the ability to choose. And it’s marketers choosing for their target audience,” said Drew. “And that gets to me.”

Still wondering why removing options is a good thing? At CaliberMind, we’re data-driven. We love analytics. However, we also recognize that humans are humans. It’s really hard to predict what box they fit into and what thing they’re looking for next, even with outrageously detailed buyer data. We also recognize that the campaign that worked last week probably won’t work this week–and it is so frustrating. If it was easy to do anything in marketing, we wouldn’t need marketers.

“Yeah. If you had a magic path, you wouldn’t need to build out personas. You wouldn’t think through what the person on the receiving end of this actually cares about. What pain points are they trying to solve? You would just throw them into one nurture that would work 100% of the time because the data says it’s supposed to work,” added Drew. “That is just not reality though since we are all very different people. There’s no way that that’s ever going to work.”

How is the ‘Next Best Step’ different from the ‘Golden Path’?

Drew went into detail about how the Next Best Step differs from the Golden Path and why both are such bad ideas.

“The ‘Next Best Step’ is identifying when somebody interacted with a piece of content and then assuming the next thing that they should interact with is a different piece of content. That’s what our data and analytics tell us should happen and what marketers often set up.

“Alternatively, the ‘Golden Path’ tries to find the one thing that unites all of our buyers and we just push everyone into that ‘golden path.’ The assumption is if people look at content in a very specific order, then they’re going to buy. The purchase isn’t because of the fact that we are engaging with our audience. The series of content was enough to create the desire to purchase. That’s just taking data and analytics and twisting them in a way they should never be used.”

A lot of assumptions are involved there, but the one that can be very problematic when it comes to machine learning is the assumption that the way people have acted before is the way we want them to act in perpetuity. There isn’t a better way for the buyer. The perfect way can be orchestrated and you have the materials to do so.

These assumptions led to Amazon’s disaster with AI-driven recruiting technology.

In contrast, machine learning can be very helpful when trying to narrow down causation and correlation. If you can see the kind of things people like to consume, you could create a better thing or identify a gap in the needs they are trying to fulfill and create a new thing.

Another problem with Golden Path is B2B businesses are dealing with the buyer committee and there are multiple personas on that committee. Drew agrees.

“Absolutely! The larger the purchase, the larger the consideration–which means more people are going to be involved in the buying process and the buying committee. And the CFO, who may have final sign-off, is not going to be consuming the same content because they don’t have the same pains and interests as, say, the Director of Demand Gen–who has a very tactical day-to-day problem they’re trying to solve. The Golden Path isn’t going to work for them. It is two completely different people.

“I saw a meme about machine learning earlier today and it’s very relevant to this conversation although it was different and a bit weirder.

“It was basically playing off the idea of machine learning and AI in the format of weapons and warfare. It was a cartoon showing humans looking over a pile of destroyed robots. One guy was saying, ‘How could this happen? The robots were supposed to be the best!’ The other guy says, ‘Well, the robots were using sticks and rocks because according to their machine learning algorithm, the victories of a vast majority of historical wars used weapons like sticks and rocks.’

“Best action and Golden Path aren’t great ideas. If you were to look at most organizations that try to do Next Best Step, they try to align it with buyer personas, which is usually a pretty good idea. You think if what the individual people need is aligned with the right content, you have a match.

“However, I just recently started my business and I now have the title of CEO. I’m buying accounting software, e-signature software, and CRM software. I’m buying all the software. Am I going to consume the exact same content in the exact same way as another CEO? No! I have different needs. Not to mention the fact that one of my biggest requirements, when I go look at software (because of my operations background), is: Does it integrate with other software? I’m an operations professional. I care about that. But most CEOs don’t.”

Are there other triggering phrases for consultants?

Drew talked about other triggering phrases in the operations consultancy space. 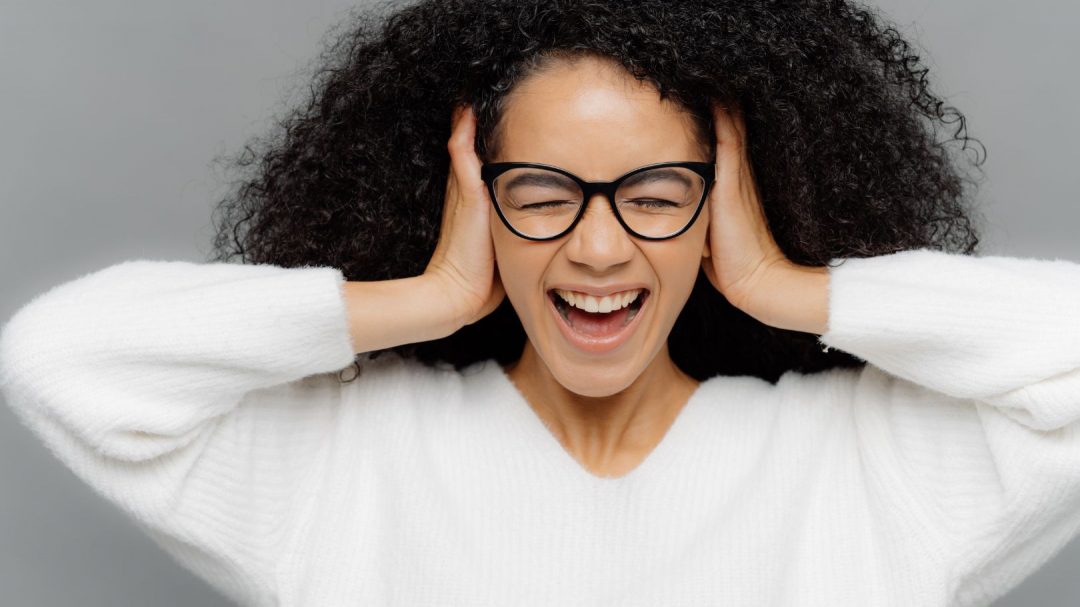 “The biggest triggering phrase for a consultant is, ‘We have always done it that way.’ That’s #1.”

Before you say, “We’ve always done it that way,” ask yourself, “Then why did I hire someone to help us change?” If there’s a problem that needs to be solved, don’t let the way you’ve always done things in the past stand in the way of improvement.

“Another one is, ‘We went ahead and bought a tool. Now we need to figure out how to use it.’ That’s one that will always stick with me. Sometimes people buy tools, and they have no actual strategy behind why they bought the tool. That one’s a big one.”

Another pet peeve phrase we brought up was, “If it isn’t Salesforce, it didn’t happen.” Drew underscored this thought.

For more rants related to operational inefficiencies, listen to the full Revenue Marketing Report episode at the top of the article or anywhere you podcast.