What is RevOps & How Do I Work With Them?  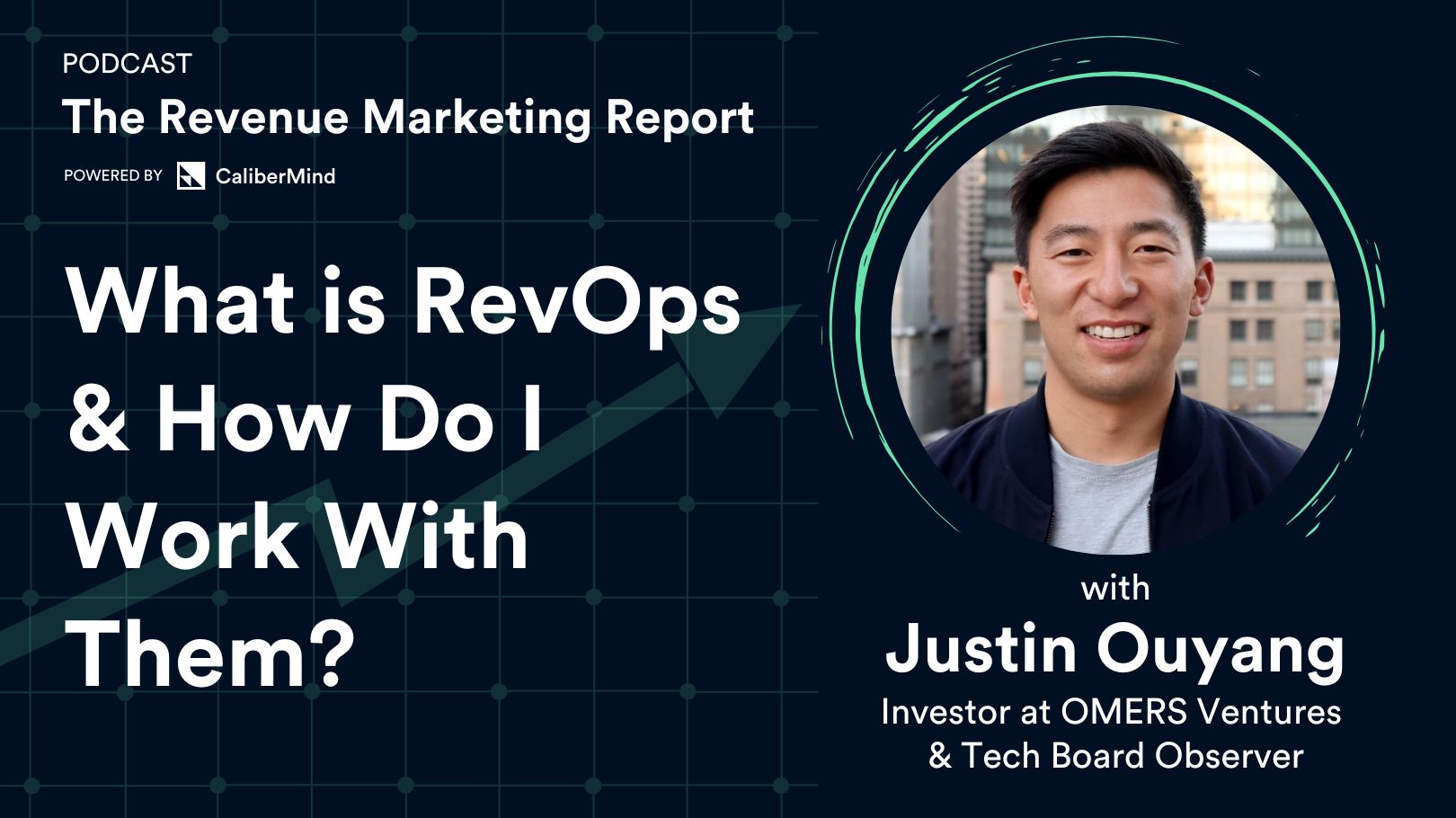 Justin Ouyang, Investor at OMERS Ventures, joins our host, Camela Thompson, in this episode of the Revenue Marketing Report. Justin shares RevOps basics like the core responsibilities of RevOps, how Marketing Ops can sit alongside them, and when RevOps should involve marketing in the goal-setting process.

At the beginning of this chat, Justin went into detail on what RevOps really is and the variations he has been able to see in the market.

What is Revenue Operations & Are There Variations?

“I think RevOps is a really interesting, natural evolution of strategy and operations. The term is sometimes used interchangeably with sales ops. However, RevOps is a mixture of sales, customer success, and marketing, all combined and working together. And then the origins are just as interesting. Like sales ops, RevOps has been around for decades and it’s natural to pull away all those non-selling activities from the sellers. It’s the planning, forecasting, territory management process, and tools; a variety of functions. Everything you need to run in scale and organization. I think RevOps is the natural evolution of that as each of those teams may inform sales ops. You also see marketing ops, product design and engineering ops and even recruiting ops. 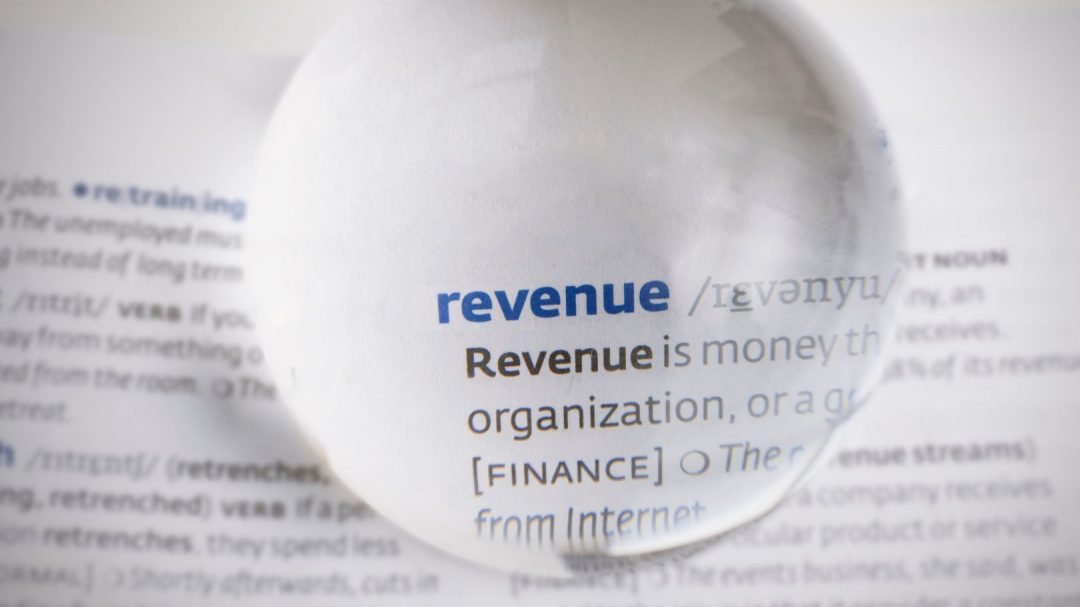 “People are developing all these functions to help them drive the actual team of doers. I think forcing those teams to align a little bit better is going to be more effective for different organizations. I’ve seen it at Slack. We had a team of teams. Matt Heist built a really strong organization where we had sales, biz ops, marketing, product design, and engineering, all together in a team of teams. So within Slack, all the planning, strategy, operations, and tech stack processes were aligned in one team doing all that. I felt like that was a very powerful cause. You can really align the whole company around your specific goals. More importantly, probably set a cadence and revisit that. I think that helps remove a lot of unhealthy conflicts that you see naturally between those different teams.”

What are the Core Responsibilities & How Would Marketing Operations Ideally Sit in or Alongside RevOps?

The concept of a team of teams is all about specialization. We’ve seen some smaller companies using the RevOps label to put everything in one job description, like CRM and marketing automation management under one bundle. This is a huge job for one individual to undertake. Justin has also seen these dotted lines going through those departments to kind of pair in with that specialization.

“For sure. You’re spot on. I’m also fearful of organizations that put up a job description which says RevOps and you literally lump in everything that you need to get fixed. I like the team of teams concept because it’s better to be really spiky and good at one thing than it is to be okay at a variety of things. Obviously, changes depend on the stage of your company and what you need to solve. When you hire generalists like a sales ops person, they could definitely help out with some of the marketing which you need to do. Nevertheless, I think alignment with other functional leaders is very important. I’ve seen it both ways. I’ve seen sales ops, RevOps, and marketing ops reporting directly to those specific leaders. But I’ve also seen where you’re reporting to a centralized bi-ops function and you just make sure you have a very good relationship with that functional leader. At the end of the day, I think who you actually report to as long as you have the right people, matters less than just having the right people in place who can build relationships, create alignment, and drive a company’s strategy.”

We’ve seen people report to a CRO on the RevOps team. When it comes to B2B CROs, the split seems to be either 70 -80 sales background to marketing background. There isn’t really that blended focus. Justin concurs.

“I’d agree. Most of that is from a sales background. A lot of B2B organizations that I’ve seen are built on sales organizations. Sales organizations typically have a little bit more weight in terms of planning and budgeting. I think it’s important for those leaders to bring in marketing in those scenarios. As a sales leader, I know if you want to launch in France, you aren’t going to be successful unless you bring marketing on the phone and align on that. However, I like it when you aren’t reporting directly to the CRO because then you have that governance. When you’re actually going through the budgeting and planning of the overall company, you might have some natural conflict with your sales leader in the context of what they want to execute vs. what you feel is best for the business and having a little bit of distance, can make that really effective.”

The ideal state that works very well is when you have either C-Suite or VP-level leaders. You’ve got your sales, customer success, and marketing leadership, and then the VP of Operations, that is on a fairly even footing. This makes it much easier for them to weigh in and be more influential. So many times in operations functions, people within those functions are expected to rule without authority and that’s really hard to do. Having some equal footing is always a good thing.

When Should RevOps Involve Marketing in the Goal-setting Process & Vice Versa?

Justin offered his opinion on when marketing ought to be involved when sales leaders are planning for the next year’s targets and what they should contribute to the conversation from a revenue goal perspective. 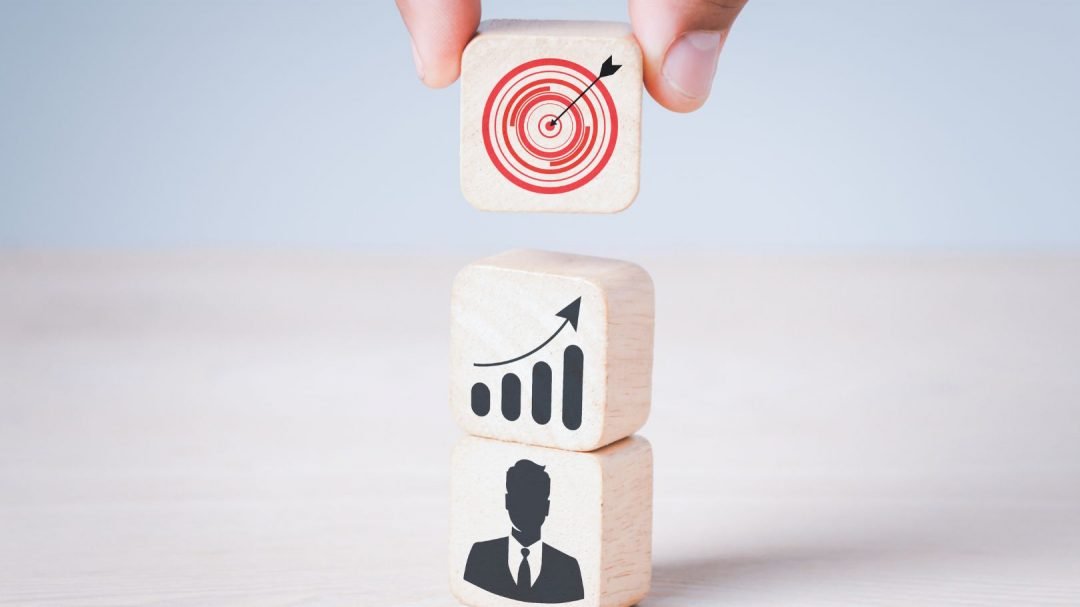 “That’s what I’ve struggled with. There’s a natural stage, but it’s not very clearly defined sometimes because it is almost like you don’t want to have marketing see your dirty laundry if it’s a sales organization and you’re still trying to figure it out. You need to get a really good first draft at least, and present what you are thinking about. Let’s react to it, let’s iterate on it. I’ve always pictured it in my head and I don’t know what the right cutoff is. But there’s a phase one which is internal. It’s the sales leaders’ sales strategy and operations and maybe their leaders’ direct thinking through what’s the revenue target with finance. Also, how are we going to get there in terms of headcount, office location, etc, and plan?

“And then once that has enough structure and scaffolding, marketing may react without asking too many clarifying questions, and that’s the right time to bring them in. Then, there’s a little bit of trading and discussion. If you really want to be effective in a few international launches, you will need to call back your headcount and give marketing some additional dollars to ensure you can land and expand in those markets effectively. I learned that earlier in my career. If you launch in France without marketing’s support, it’s not going to go that well and you’re going to consume the existing demand, but you’re not going to actually create anything that’s new.”

For more RevOps thought leadership], listen to the full Revenue Marketing Report episode at the top of the article or anywhere you podcast