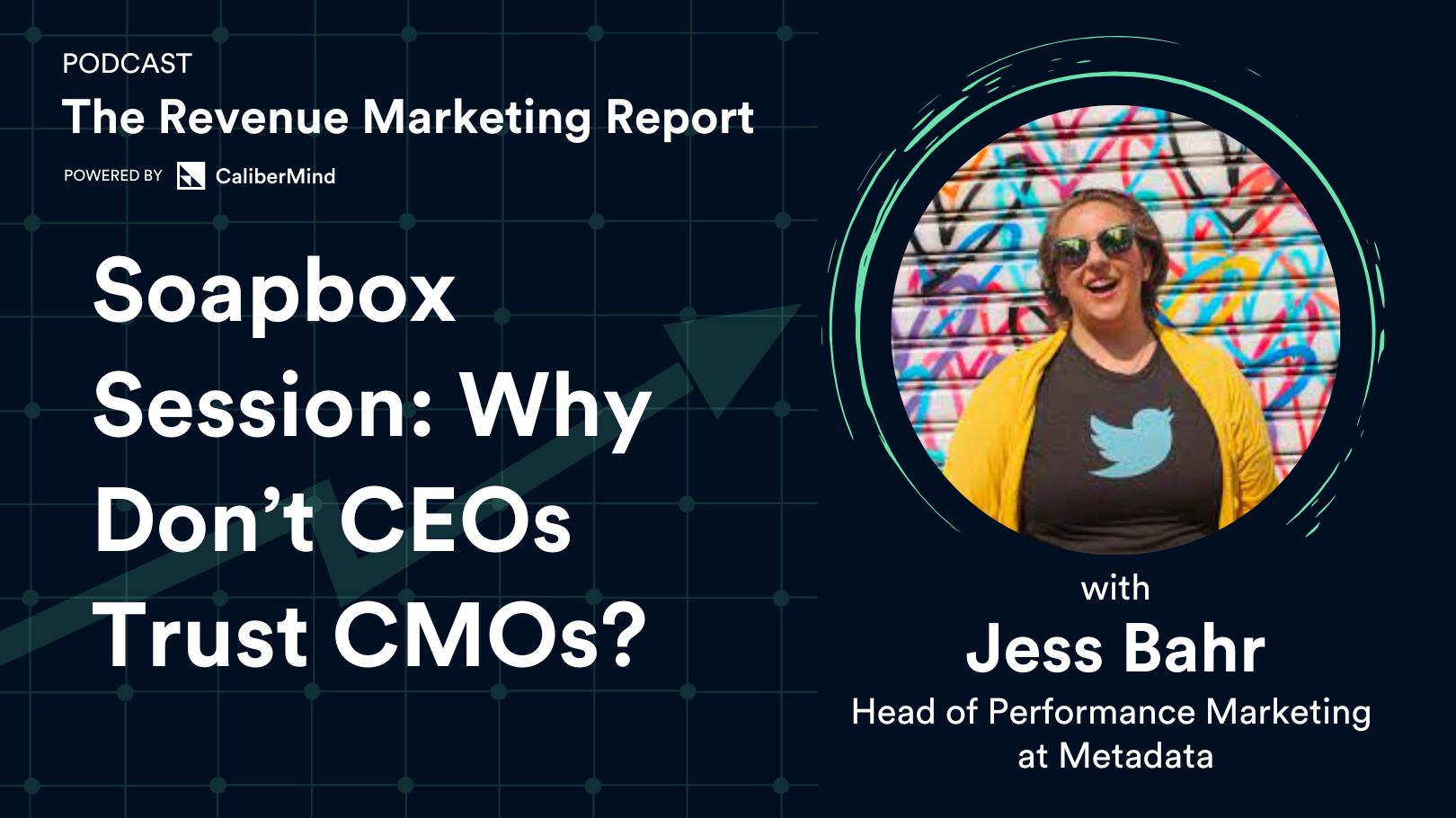 Jess Bahr, Head of Performance Marketing at Metadata, joins our host, Camela Thompson, in this episode of the Revenue Marketing Report. Jess shares her insights on why CEOs don’t understand what all marketing entails, and doubles down on why marketing leaders REALLY need to get more data literate.

Why don’t CEOs understand what all marketing entails? 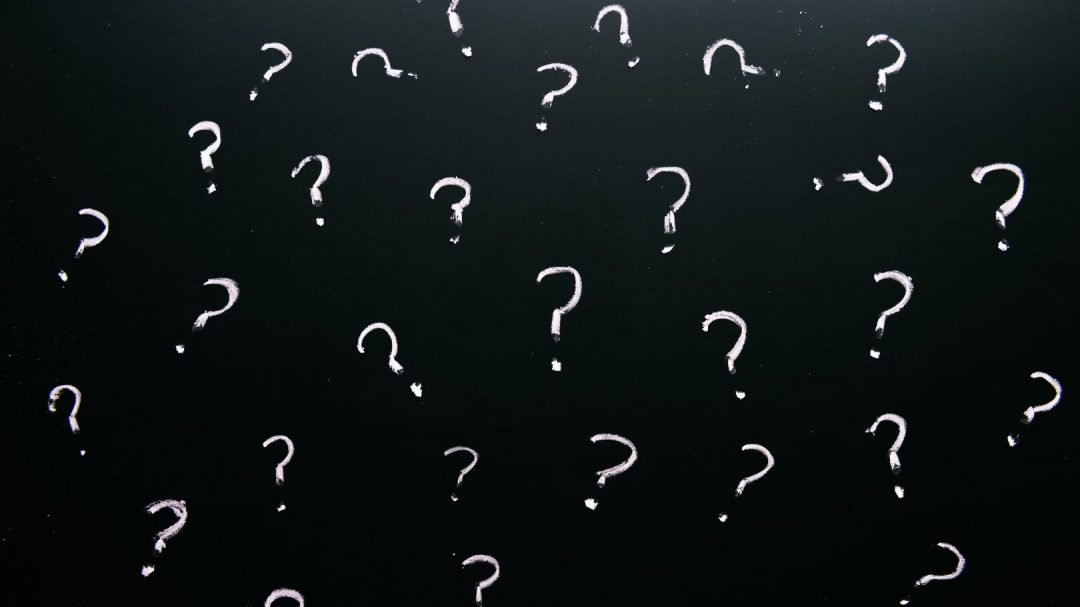 80% of CEOs out there don’t trust or are unimpressed with their CMOs. In comparison, just 10% of these CEOs feel that way about their CFOs or CIOs. These findings come from a 2012 global survey that was conducted by the 4As Marketing Group. They have subsequently been quoted in just about every publication out there including Forbes and a bunch of others.

At the start of this chat, Jess explained why this is partly due to CEOs not fully understanding what marketing entails.

“I get it because I’ve seen this. I spent part of my career in various revenue-focused roles, but not in marketing with really tiny teams, though I was at companies that sold into marketing teams. So I’ve seen it first-hand. It’s so frustrating because I think what it comes down to is people don’t understand marketing. They don’t understand it, they don’t understand the impacts. When you look at financial metrics, they’re pulling reporting, they’re pulling other data, numbers from one source and it’s like a straight linear line right to revenue, down to the penny.

“Of how marketing should run they have no idea. They don’t know how marketing actually operates or what you can and can’t do. For example, some would like to follow every single person around the internet at the moment they engage with us. But I can’t, they’re not opted-in, and I don’t want to force that. I don’t want to be creepy. I don’t want to stalk someone. Yes, I want them to opt into us and afterwards consume our content because that’s a better experience.

“So I think because they often solve really challenging things especially on the engineering side. They’re building platforms, launching these products and these companies, they’re solving really challenging things. It’s almost like a halo effect. They think, well I’ll figure this out. This is really complicated and marketing is easy so I can do this too. It is a bit like the Elon-Musk-Syndrome here. It’s like you can predict human behavior. You can help me understand someone’s behavior across different devices and sessions when they’re not tracked, you may magically figure that out.”

Why do marketing leaders need to get data literate?

Jess weighed in on why she thinks marketing leaders need to get data literate in order to dispel the distrust CEOs have for them. 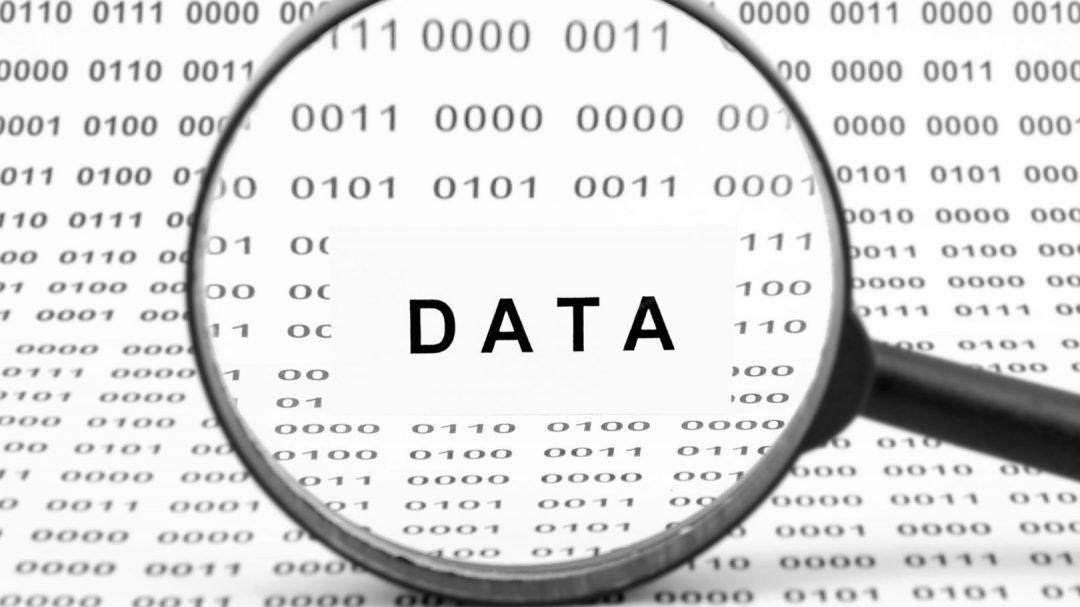 “You have marketers who are making an impact across the entire company, not just revenue, but are they able to attract top talent? Are you a cool place to work? It impacts everything. I think it’s so difficult for marketers to articulate that value and show data that makes sense to a CEO, especially if they don’t have a marketing background at all.”

It’s like using language that means something else to the rest of the business in a unique way that doesn’t go over very well. Not being comfortable with speaking to your data and why it is and not being able to articulate why our data is different. We’re dealing with massive transactions across a large period of time from a bunch of disparate systems. I don’t think it gets articulated very well. Some folks accidentally oversell the information they have as truth and we just need to do a better job at preparing the executives to have those conversations.

Jess explains her experience with this.

“I often see the biggest timer run is Google Analytics compared to Salesforce or Marketo or HubSpot or whatever your source of truth for that is they say data doesn’t match. I answer back and say my data is never going to match. Google is killing Google Analytics and there’s a ton of privacy issues. So I’m never going to have 100% matching. However, when you’re accustomed to seeing systems that reconcile, where it always matches, people just say okay if it doesn’t match, the data’s bad. We don’t know what to believe. The house’s on fire, everything’s broken.

“I think part of it is we have to educate our business partners, okay this isn’t one to one. What it means is we can look at our contact requests in this system and we determine the truth and we’re not going to have visibility into it because of data privacy protection, opt-outs, whatever it is. So we are going to use this other data for early indicators. I was at a company that sold into the infrastructure space, sold into a bunch of nerds who use privacy protection and don’t want to be sold to and don’t like ads and opt out of everything.

“We were confident that we were missing 40% – 50% of our Google Analytics tracking since people opted out or they had privacy and yes it isn’t going to match. I think a lot of CMOs out there have being working for quite awhile. They didn’t grow up digitally native in their careers. There’s a bit of a learning curve to really being super-fluent in digital metrics and what it means and how it works and all that. It’s having teams that can really support and give you everything you need. As a CMO you can go in and have that conversation, educating the rest of your executive team or board often on what are those metrics? What’s important? MQLs aren’t dead, but if you report on MQLs and your board’s just asking for MQLs, that’s not your best indicator.”

No, but seriously, Why do marketing leaders REALLY need to get data literate?

Jess went into detail to further underscore why she thinks marketing leaders need to get data literate.

“For the most part, that’s not where I see the distrust come from unless they’re doing something vastly inappropriate which does happen. You do those HR training videos and you wonder why do we even need this? And you think about it like 3 years ago when it actually happened at a company you are at.”

For the most part, somebody comes in hot, makes a bunch of promises without really knowing what state everything is in. Not being able to meet those goals because they don’t have the systems in place to do the tracking. I think it just leaves a sour taste in people’s mouths when you start with all these promises and then can’t live up to it for whatever reason.  You still set an expectation which you don’t live up to. Jess concurs.

“I would put forth that a lot of marketing’s success is dependent on partnering with your operations team. It’s dependent on partnering with sales ops to make sure that whatever you’re doing on the marketing side is measurable in the same system as the source of truth. If you are operating in HubSpot and nothing passes into Salesforce, it’s always going to be 2 separate systems. There’s always going to be distrust there. So really partnering with the rest of the organization. However, if the company isn’t giving you budget for the tools to measure, not just buying tech stack as a human being. It’s hard to get there. You’ve got to be willing to invest in the measurement to prove the success and understand what’s working and what’s not.”

For more content on CMOs and marketing data literacy, listen to the full Revenue Marketing Report episode at the top of the article or anywhere you podcast.