Why Trust in Marketing Matters: A Sales Executive Viewpoint  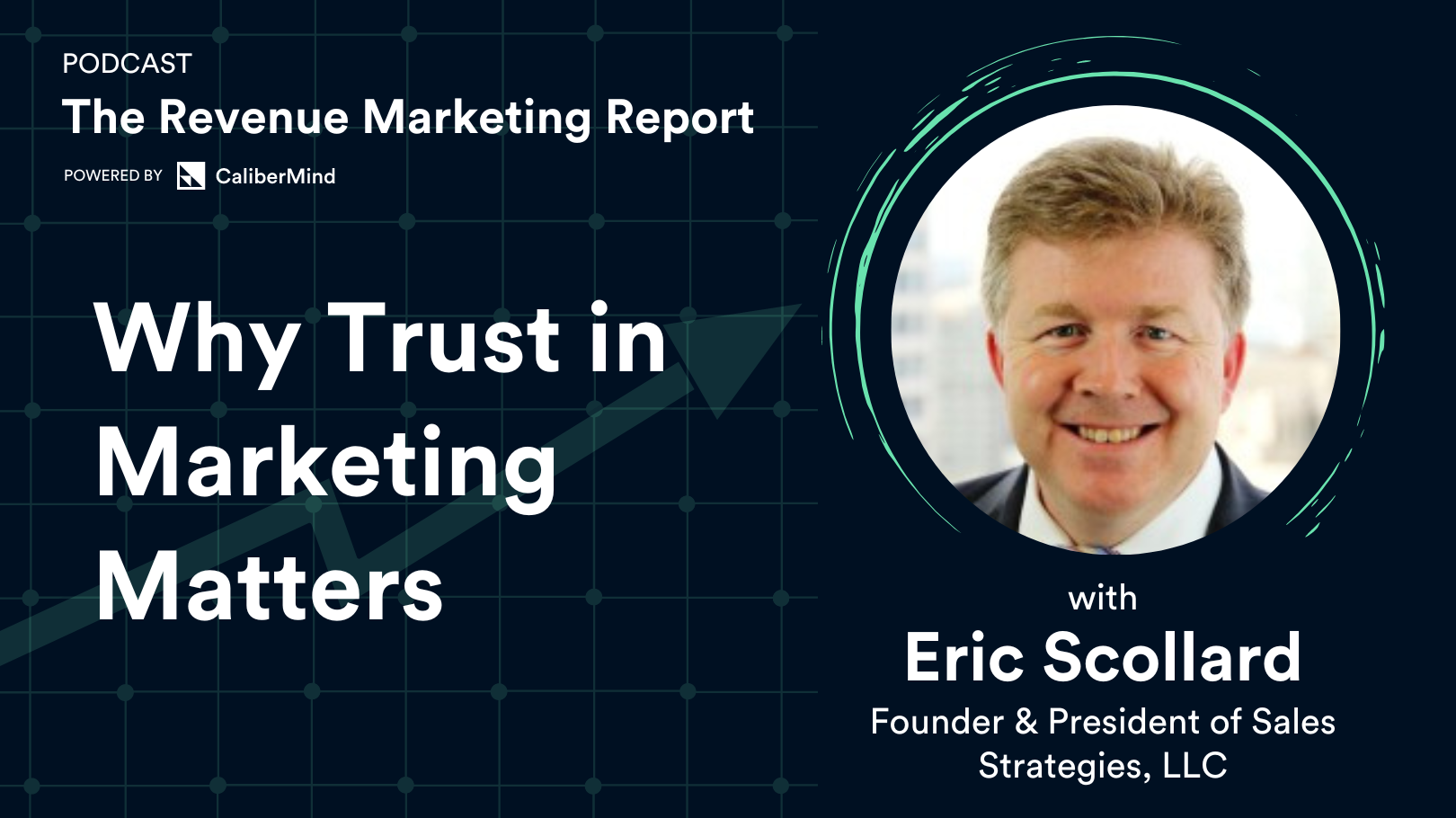 Eric Scollard, Founder & President of Sales Strategies, LLC, joins our host, Camela Thompson, in this episode of the Revenue Marketing Report. Eric shares the qualities a Chief Marketing Officer should have that build trust with other executives, what he looks for in an operations professional, and the factors that have created trust between him and his operations department.

What are the qualities a competent CMO should have when it comes to telling a story with data?

Eric has spent over three decades in enterprise IT sales. Over the years, he’s risen up the ranks from telemarketer to CRO (Chief Revenue Officer). Eric has also served as the VP of Sales for seven early-stage startups that have achieved immense success, including profitable IPOs, significant acquisitions, and even unicorn valuations. Today, as the founder and president of Sales Strategies, LLC, Eric helps businesses establish a sales ops system that results in repeatability and predictability, which are the holy grail of early-stage go-to-market efforts.

About 80% of CEOs aren’t impressed or don’t trust their CMOs. There are a number of critical missteps that can be attributed to this state of affairs. For example, marketing leaders often take credibility hits because of a misuse of language or misrepresentation of data. Sometimes this may be intentional, but many times it isn’t. At the start of this chat, Eric shared his opinion about the qualities a CMO ought to have when it comes to telling a credible story with data.

“First of all, there’s a natural creative tension between a frontline sales team and the headquarters-based marketing organization. The CMO and the VP of Sales really set the tone for that relationship. So if those two executives are working well together, trust each other and understand what each is trying to do, that flows down through the teams and they tend to work better together. But if it isn’t so, then things can get very messy. I’ve seen examples of both the good and the bad. The thing I’ve always found that worked when I was trying to find a partner at the CMO level was somebody who really understood the business. Someone who understood the buyer journey, the way that somebody came to understand our products, from the first moment they found our website or went to a trade show all the way out through the point where they sign an order and make a commitment.

“And in some cases, what can be a struggle is when marketing is narrowly focused on just the trade shows and after that, it’s just a sales thing that nobody really cares about. So really understanding the whole end-to-end process means that we can have better conversations.

“I think the other thing that’s really important is to agree on the definitions of some of these key terms. What’s a lead? What’s an MQL? If you’re going to have this be a key unit of measurement for the business–a KPI, or a goal of some kind–we all better be using the same words. This way, when we say we either got enough of them or not enough of them or we prosecuted them effectively or not, we’re at least working with the same words. Also, those definitions should not change, shift, or blur over time.

“I like CMOs who lean into goals. I like when they say, ‘We know that we need to generate this much pipeline in this quarter so that we’ve got enough for the next quarter, two quarters, etc. down the road. It’s going to take this many MQLs and we agreed on what those are and we can measure our progress towards them.’ I like to see that funnel-driven mentality that a sales leader naturally lives in on a day-to-day basis.

Eric also recommends fighting the temptation to ignore a bad quarter in terms of bookings and shifting the focus to a positive one. While lead generation may be strong, if it isn’t converting into pipeline and bookings, celebrating the early indicator will seem tone-deaf to the rest of the organization.

“If things are going well, great! Let’s celebrate those things. If they’re not, let’s not try to hide behind it and try to deflect and point in other directions and try to make things appear better than they really are.

“Finally, let’s have a single source of truth. Whatever the data we’re looking at, let’s all agree that we’re measuring it the same way and we’re getting it from the same place. So when we’ve got thoughts about interpretation, analysis, remedies, or suggestions, we’re all operating from the same place. Then we’re more likely to find an excellent solution that works for everybody.”

What do you look for in an operations professional? 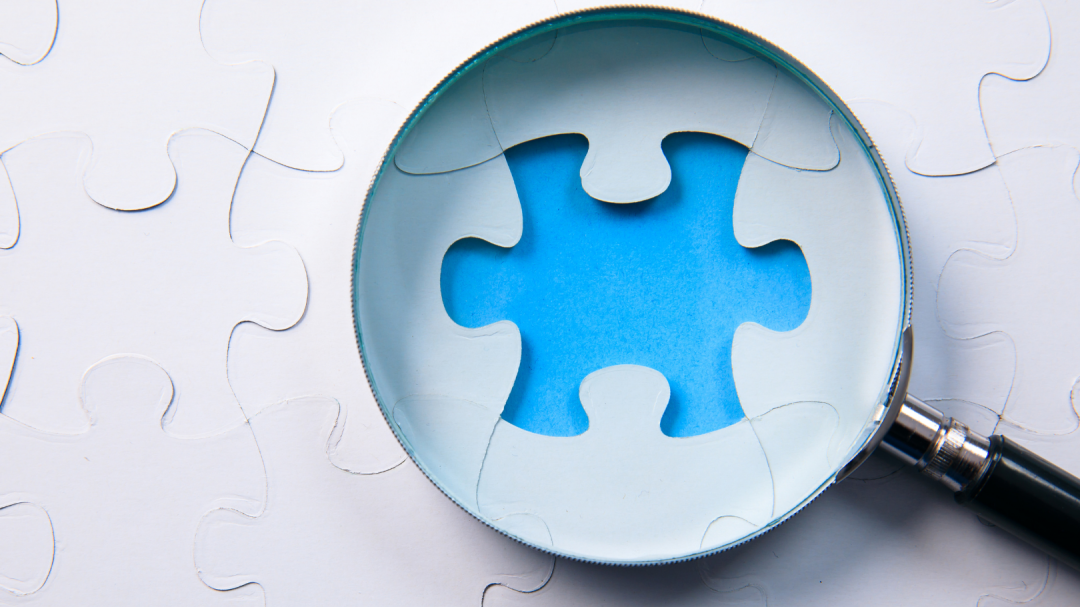 “This sales ops or revenue ops role has emerged in the last 5-10 years and we’ve seen more and more companies invest in it. I want to start with just what is the point of having that role. I try to help organizations get repeatability and predictability in their go-to-market motion. Therefore, they will know where to invest, where there are opportunities or they can see trouble on the horizon early on enough that they can do something about it. The best way to do that is with a combination of art and science–data and insight. But because there are so many new sources of data these days and there are so many new tools and apps, there’s naturally this opportunity for businesses to make a good investment in building an ops team that can help support that mission of getting that repeatability and predictability.

“And that knowledge about what works and what doesn’t may manifest in a whole bunch of different ways. If I spend this much money on trade shows, how much pipeline will I get? If I get this much pipeline, how much am I going to see in revenue at the end of the quarter? At the end of those sales cycles? Alternatively, if I hire two more sales territories into these geographies, in six months, how much revenue will they contribute? When you get to a point where you’re pretty confident that you know what those inputs and outputs are–what those conversion rates along the way look like–you can be really smart with how you spend your money. If you don’t have repeatability and predictability, no matter what you do, it will feel like you’re getting random results.

“Back to the question about what do I look for in an ops team, first I look for real understanding of the end-to-end processes and how the data comes from. When you (Camela) and I would work together, you could explain the numbers, what they meant, and where they came from. It wasn’t like ‘Hey! You asked for this report on pipeline conversion. Here it is, is there anything else you need?’ You would sit down with me and we’d go through the numbers and your interpretation of the data together.

“You also had the ability to make intelligent recommendations. You saw things because you lived in that data and we got good at measuring the same things quarter after quarter. You look at the report or dashboard for 6-8 quarters in a row, you can spot patterns and tell a story. That data can talk to you. If you’re a great revenue ops professional, you’re going to notice things that I might miss. You (Camela) would point out certain reps and say, ‘That guy’s about to quit. Watch this. I can tell since their pipeline is stale. They haven’t generated anything new. They haven’t started new POCs, that person’s on the way out of the door.’ You were right a lot of those times, but that’s what made you really good. You didn’t just look at it as numbers, you understood what they meant. That kind of predictability is what makes a revenue ops team valuable to the business.”

What has created trust between you and your ops department? 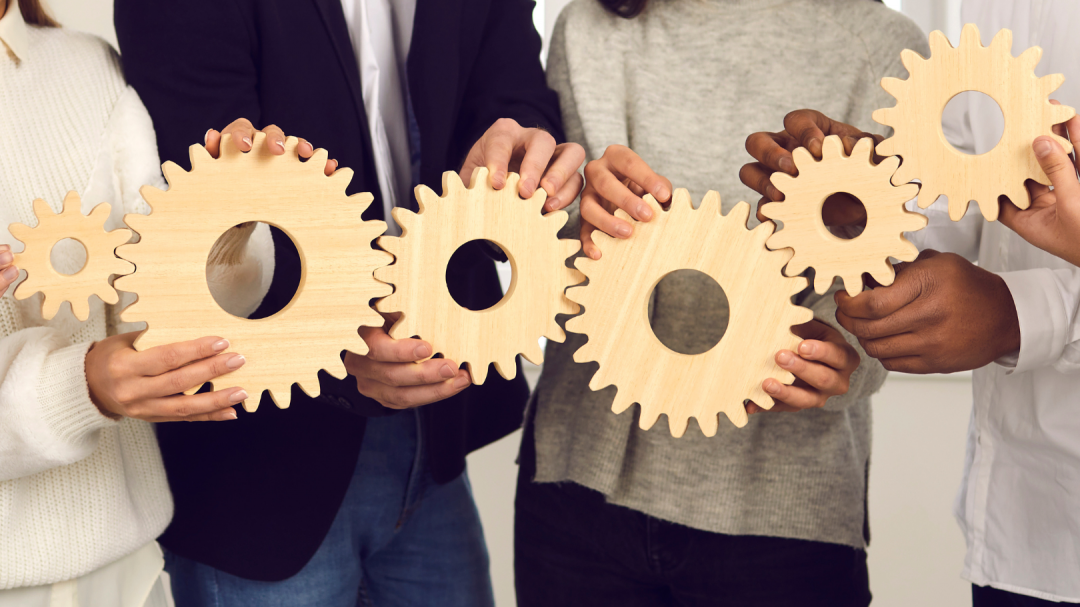 Eric has many years of experience creating trust between himself and his operations team. He weighed in on what truly creates trust between C-Suite executives and their ops organization.

“Revenue ops people live closer to that data than I probably do. Be confident in your opinion. Keep me in check. Say, ‘Hey Eric! I think you’re looking at this thing the wrong way.’ Have the courage to say, ‘Wait a minute, this is something we should be paying more attention to than I think we are.’

“I’ve seen ops people get a bit intimidated because I’m a VP or something like that. They don’t want to speak the harsh truth. They’re a little too considerate of my title when in fact what I really need is the courage of your conviction. So don’t be afraid to express that. I would just say make sure you’re right first.

“I think there might be other people who have a different perspective on operations. However, as you said, I was deep in the data, but I wasn’t trying to be one of those leaders everybody hates who run business by a spreadsheet. You have to have instincts and what you see with your eyes and what you experience when you’re out on the field with the reps. I take what I hear from the field and try to get some data that either confirms or contradicts their concerns. When I begin to see enough of how those things converge into a space where it’s got some consistency, then I get really confident, my conviction goes up and then I know we’re probably on the right track. We’re probably going to spend money in the right place or make the right decision or avoid stepping into a pothole. That’s what I’m really trying to do with all this data. I don’t like to think that data is the answer to everything. But it’s an important piece of how we triangulate on the truth.”

For more content on the C-Suite perspective on data, listen to the full Revenue Marketing Report episode at the top of the article or anywhere you podcast.